So what is the program and how is it making a difference in Columbus?

The pilot program, which started in June, is set to receive $5 million in city funding, according to the mayor’s proposed budget.

When Akron resident John Sopko lost internet service the day before Halloween, he thought it would be a quick fix.

See more ... 'Tell me something': Akron man struggles with AT&T for a month to get internet back

Researchers at Iowa State University and the University of Illinois at Urbana-Champaign are leading a new effort to improve the cybersecurity of the electrical grid in nine Midwestern states, as part of a program supported by the National Security Agency.  See more ...  Midwest's grid security to get boost from NSA-backed research group

OITA's friend Adam Frumkin, MBA, CGCIO, PMP, Prosci has been named in StateScoop's GoldenGov: County Executive of the Year category. Check out Adam's notable innovation – including "Cultural change through emotional intelligence" and team building for the future. Congrats, Adam and Ohio for the accomplishments!

Executives of a North Canton, Ohio, software company are moving quickly to outfit a $23.1 million cryptocurrency mining operation in Akron with the computers needed to do the job. See more at ... Crypto-mining execs moving quickly to invest in Akron, improve city's electrical infrastructure

A cashier-less Starbucks?! What are your thoughts on the new innovations being introduced by businesses like Starbucks and Amazon Go?

The aim is to improve to-the-second precision of deliveries, especially for urgent orders of medications and supplies, but the autonomous aircraft also can bring cost savings compared with trucking, a Cardinal spokesman said. In recent years the Dublin-based healthcare giant has made large investments in software to increase end-to-end visibility in its distribution network.  See more ... Cardinal Health partnering with San Francisco unicorn on drone delivery pilot program

OITA President Nick York spoke on Spectrum News 1 OH. Nick and Ohio News Network's Mike Kallmeyer discussed the changing workforce in the wake of the pandemic– including retention, innovation, and what's next for the tech community. Check out their conversation HERE.

Let us know your thoughts on the changing tech hiring and working landscape. 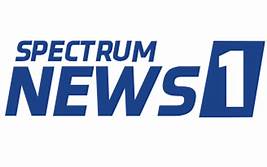